Meet the Finns at CINARS 2022! A delegation of Finnish dance and circus professionals will be attending Biennale CINARS in Montréal 7–12 November along with our Nordic friends. Come and say hello!

The Nordic countries are returning to this year’s edition of CINARS with a delegation of 50 artists and producers. We will have a booth at Nordic Square, present 22 artists and their works at Nordic Pulse – Performing Arts from the Northern Latitudes and, last but not least, host the legendary Nordic Party! 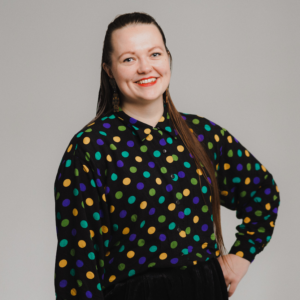 Sanna Soni is a producer and puppetry agent with a degree (BA) in culture management. She currently works in Aura of Puppets, which is the largest and most notable puppetry collaboration network in Finland. The completely artist-led network has received multiple awards, organises 2 festivals (mini festival and international puppetry festival TIP-Fest), mediates performances and puppeteers, promotes, represents and connects Finnish independent puppet theatre professionals.

Over the last couple of years, Sanna has specialised in contemporary visual theatre and puppetry production, and has more than seven years of experience in artist management. She was head of production and part of the curatorial team for the Turku International Puppetry Festival TIP-Fest for last couple of years, and works mainly in the independent field of performing arts. In terms of her work, one of her the biggest ambitions is to create more sustainable working conditions for independent artists, both nationally and internationally. 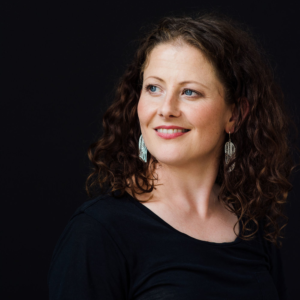 Before entering the present role at CKRM Sara had over two decades long career as a dancer, choreographer, and a creative producer. Her experience from the Ballet School of the Finnish National Ballet to underground Deep House clubs in the United States has created her a wide range of understanding movement and culture. The diverse experiences, her passion for dance & performing arts has created a working history, which is greatly helpful in her position as a managing director for the international, multitalented group of vigorous artists at Compañía Kaari & Roni Martin. 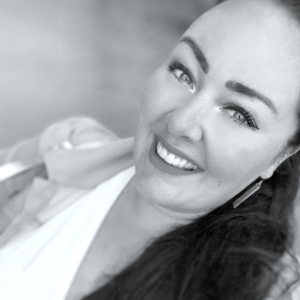 Minna Korpimies is a communication and marketing professional who specializes in arts & entertainment, music management and event marketing. After graduating as a Communications major from the University of Helsinki, Minna has worked in the event industry, journalism, and communications consulting with a wide array of B2B and B2C clients across virtually all industries.

“It’s been a blessing to see so many different companies and approaches to marketing communication. Art, however, is my first love, and the pull of the stage never disappears,” she says. “In the Compañía Kaari & Roni Martin’s art, contemporary flamenco, strong visuals and different musical styles from funk to Balkan music merge into a unique and artistically uncompromising union. That is something I want to be part of.” 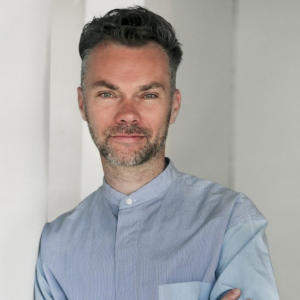 Jaakko Toivonen is a professional dancer, choreographer and artistic director working in the theatre and television industry. After 25 years of living in the Netherlands, he moved back to his native Finland to give a lead to Dance Theatre Raatikko, one of the oldest dance companies in Finland. Raatikko makes dance theatre for young audiences and his responsibilities are managing daily operations as well as creating artistic works for the company.

Toivonen graduated as a contemporary dancer and choreographer from the famous Rotterdam Dance Academy in 2001 and his curriculum includes collaborations with several dance companies such as Scapino Ballet Rotterdam, Dance Theatre Aya and AB Dance Company Turku, as well as independent works. 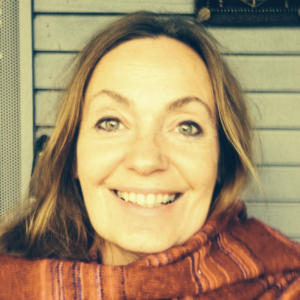 In her previous life she was a dance artist, after injury she started an administrational path, being nowadays producer and managing director in Kallo Collective. For the sixth year now she’s taking care of producing the NouNous Festival, an international physical comedy festival in Helsinki. She has experience as an editor, teacher, trustee in over 60 organisations or associations, expert in different funds and long experience in trade union activity. She has graduated from the University of Arts (MA in Dance) and studies now at the University of Lapland. Kadja Manninen is an arts manager and researcher specialised in performing arts and digital entrepreneurship. She has been working as a producer for Lumo Company since 2016.

#FINELINE is Lumo Company’s new contemporary circus production that will premier in February 2023, in Finland. #FINELINE is a raw description of physical and mental balance. The balance of life is questioned through live piano music, balance research on tightwires, aerial acrobatics and contemporary body movement. MimoArt Company is a performing art group based in Helsinki, creating visual and physical contemporary performances and pedagogy in the field of dance, theatre, circus and contemporary art. MimoArt´s interdisciplinary and holistic stage works combines contemporary dance, physical mime and -theatre, butoh, clownery, visual arts and soundscapes in an extraordinary way. The productions are created collectively by an international team of selected artists. MimoArt’s debut BODY NOTES was awarded Best Performance at the PANPHYS festival in North-Macedonian National theatre in 2019. Salla is a cultural manager who has worked with the performing arts & events for a decade in various roles of production and management. Her first love in the arts was contemporary circus, however during the years she has specialised more broadly in performing arts and its festivals and large scale city events.

Pragma Helsinki is a production house working in the field of performing arts in Finland and abroad. At Cinars 2022, Salla represents two of Pragma’s artists, Red Nose Company and Nuua Company. Red Nose Company is an award-winning theatre focused on the art of clowning whereas Nuua Company is one of the pioneers of Finnish contemporary circus that has toured throughout the world. 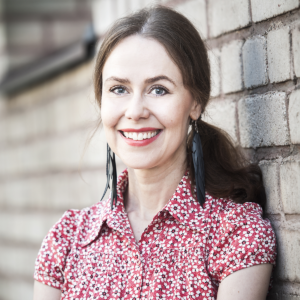 Meet Nea Granlund, Agent at Pragma Helsinki. Pragma Helsinki is a production house working in the field of performing arts in Finland and abroad. At Cinars 2022, Nea represents two of Pragma’s artists, Nuua Company and Red Nose Company. Nuua Company is one of the pioneers of Finnish contemporary circus that has toured throughout the world whereas Red Nose Company is an award-winning theatre focused on the art of clowning. 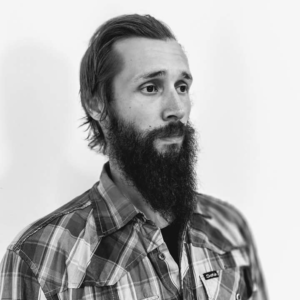 Kalle Lehto is an award-winning circus artist/director and one of the founding members and artistic directors of Race Horse Company, which has toured internationally with shows like Petit Mal, Super Sunday and O’DD. Kalle has created a highly personal style and worked across the contemporary circus, dance and theater art fields. He has specialized in creating high quality circus for children and the elderly, often combining short films as part of live stage performances. His work includes “Chevalier – Hobbyhorse Circus”, which has toured extensively in theaters, schools and community centers alike. 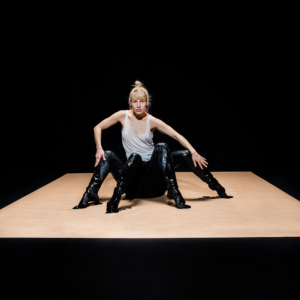 We have been working broadly in the fields of Dance, Circus, Theater and Movies. 2018 we established RISA as a platform for our own artistic work. Together we have created and developed a new kind of movement language of partnering, that combines dance and acrobatics in a unique way. In our work we want to break existing rules and limitations of genres, by listening to our own physical yearnings. Our works rises from our time and reflects the state of the world, aiming to connect with all people. Joonas Martikainen has extensive and long-term knowledge of the performing arts in Finland and internationally, special expertise in the operating methods, culture and development needs of the performing arts in Finland, a broad view of the arts scene outside the capital region of Finland, extensive networks in the arts sector in Finland and internationally, and regional multidisciplinary networks in the Lapland region. Martikainen works as the other Managing director of the Silence organisation. In Cinars, Joonas represents the Silence Organisation and Piste Collective. Farina Berndt is a producer for contemporary circus. She graduated in 2020 with a master’s degree in Culture and Tourism management at the European university Viadrina Frankfurt (oder), Germany. Since 2019 she is the producer of the Finnish contemporary circus company “Sisus”, furthermore she works as a producer for the Berlin Circus Festival. Before, she worked several years for the interdisciplinary cultural center ufaFabrik (Berlin) and for the Swedish Circus Fair Subcase (Stockholm). Alongside her work, Autio has served as a specialist member on a number of creative economy and cultural export working groups for Finnish government ministries. In 2016–2018, Autio took part in the DeVos Institute of Arts Management’s Fellowship Program at the University of Maryland in Washington D.C. She has been awarded the Helsinki Golden Medal for her extensive work in raising global awareness of Finnish contemporary dance. Tero Saarinen has had a distinguished international career both as a dancer and a choreographer. He has made more than 40 creations, for Tero Saarinen Company and other prominent dance groups. As a choreographer Saarinen is known for his unique movement language, ’an inventive mixture of grotesqueness and beauty’ that plays with balance, and off-balance. His internationally acclaimed choreographies have often been described as total artworks. Saarinen has received numerous acknowledgements of his work as an artist, both in Finland and abroad.